The Chancellor, Sajid Javid has commissioned a review of the Disguised Remuneration Loan Charge. Led by Sir Amyas Morse, who is the former Chief Executive and Comptroller and Auditor General of the National Audit Office the review will report back to the Government by mid-November with recommendations, focusing on the impact of the new charge on those affected.

What’s it all about?

Three years ago, HMRC ruled that taxpayers who had received remuneration as loans that were never intended to be repaid were effectively avoiding tax. It banned the practice, which it termed Disguised Remuneration Loans and demanded tax be paid or a new ‘loan charge’ would apply. This change attracted criticism because it applies retrospectively to 20 years of earnings with tax needing to be declared in a single year, with campaigners arguing this will cause hardship and the arrangements were legal at the time.

Taxpayers had until April 2019 to divulge their income and pay the tax owed or face the new loan charge. Disguised remuneration loans taken out since 1999 which are not repaid or settled by 5 April 2019 became be subject to a loan charge on 5 April 2019. In certain circumstances, it was possible until 1 January 2019 to apply to postpone the loan charge. 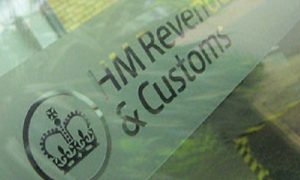 How much will the loan charge be?

The loan charge is a charge on the amount of all outstanding loan balances on 5 April 2019 and falls into the 2018/19 tax year. The charge depends on the value of loans taken and other income received in the year. For example, for a director with income of £50,000 and loans of £100,000, the income tax on the loan is likely to be £40,000 and employee NIC £2,000. Those affected may be better off settling with HMRC rather than pay the loan charge.

Those who earn below £50,000 a year have been given five years to repay their debt, while those earning below £30,000 have seven years to pay, but they will be charged interest on their payments.

The practice of remuneration through loans came to light through an HMRC investigation following the bankruptcy of Rangers FC which ran a similar scheme for players. Many people have been caught up by the new rules including directors, freelance nurses and public sector contractors.

According to HMRC, around 50,000 people have not yet settled or claim they cannot pay.

Loan charge – what to do next

While the review is under way the loan charge remains in force.

HMRC has provided more detailed guidance on what to do whilst the review is underway:

For advice on all tax matters please contact Amy Armitage at HB Accountants on 01992 444466 or email amy@hbaccountants.co.uk

Just look how excited our Director @keithagrover is with our latest addition... 😊

The #EatOutToHelpOut scheme launches today! Where are you dining out? Remember, there is no limit to the number of times you use the scheme between Mon-Wed in August. Find participating restaurants, pubs or cafes with our 'Restaurant Finder' here 👇
https://www.gov.uk/guidance/get-a-discount-with-the-eat-out-to-help-out-scheme?&utm_source=twitter&utm_medium=social&utm_campaign=covid19&utm_content=eotho_consumerguidance

Covid19: What is happening today – are you aware of the changes?

By continuing to use the site, you agree to the use of cookies. Learn more.