Ben Blackmore is a Trainee Accountant within the HB Accountants team. Having gained his first taste of working life as a sports coach with a family friend at the age of 15, he completed a Sports Diploma at college. His next move after college was to become a machining engineer at his father’s workplace.

But ever since his college days, Ben wanted to take up a career in accounting.  At the age of 22 he took the unusual move to switch career into the industry. Good luck led him to see an apprenticeship opportunity at HB Accountants and here he is!

He’s now in his fourth year with HB. In that time, he’s completed his Association of Accounting Technicians (AAT) Level 2 and Level 3 accountancy qualifications and has just sat his final exams for Level 4. We asked him about his career choice, his experience of studying alongside working and his love of sport.

What made you decide to move into this profession?

After finishing college, I always wanted to get into accountancy because it’s a stable career and the opportunities in this profession are endless. I think that job security is hugely important to anyone who isn’t sure of what they want to do when they leave school or college. With accountancy you always have something to work towards and you’ll never stagnate in your job role. That’s the main reason I left my previous job in machine engineering. I had completed various qualifications to help me progress, but I couldn’t get any higher unless supervisors stepped down from their roles, which wasn’t something that would be forthcoming.

Why did you choose to join HB Accountants?

I decided to apply because the HB Apprenticeship role met all my criteria and it was local, which was handy. They also had apprentices in place, so it was reassuring to know that they already had procedures to deal with trainees and support their progression. I knew I wouldn’t be ‘patient zero’ as such and the company wouldn’t just be going with the flow of things; it had a programme.

The interview with two of the directors, Keith and Karen, and one of the managers Catherine was a huge selling point to me, as they were able to field my questions and queries. It showed me that they actually cared about where they wanted the company to go and where they also wanted me to be able to progress to in the future.

I like problem solving which is super handy in this job role as you get a lot of problems to solve! Its interesting meeting different clients and I enjoy working alongside them. The variety on the job certainly keeps you on your toes.

How did you find the transition to accountancy?

Being honest, it was a lot easier than I thought it was going to be to make the switch. I was surprisingly petrified on my first day, wondering whether or not I had made the correct choice to move into the industry. However, the team at HB made me feel welcome and instantly part of the team, which helped settle those worries.

What did the Level 2 AAT Foundation qualifications involve?

It’s a one-year, office-based qualification which covers basic accounting knowledge, such as debits and credits, journals and so on.  Overall it shows you the ropes effectively. It was very different compared to the learning while out and about that I’d done with the sports qualifications I’d previously completed.

How did you find the step up to the Advanced Level 3 Diploma?

Moving on to AAT Level 3 was a big jump up from Level 2 since everything is more in depth. The time commitment needed for revision obviously goes up, so you need to manage your personal time as well.

How did you juggle work priorities and the top Level 4 Professional Diploma studies?

With Level 4 it was a struggle every now and then to fit in revision, work and personal life. I made sure that I allocated time to each, which was a good way to keep on top of things.

Where does your passion for sport fit in?

Arsenal football games take preference over most things, whether it’s going to watch matches live or on TV. As I’m a major basketball fan, late nights are sometimes involved, with the NBA being in America you can guess the time difference!

I may make a return to playing Saturday and Sunday football in the near future, but we shall see. It becomes a major commitment with training in the week and matches at weekends, that can clash with studies, work and personal life. Spending Monday nights at a local 3G pitch for an hour or so with friends and work colleagues ticks me over for now!

What are your hopes for the future?

I plan to keep pushing through the qualifications and using the knowledge I’ve learnt to do so. I’ll probably move on to taking my Chartered exams. But first, I’ll take a few months away from it all, just to give me a little break from the hours of studying!

What advice would you give to anyone wanting to be successful in accountancy?

Studying needs to be planned out. Set a time for it and get as much done as possible in the time you have given yourself, the more you stress over it, the less you’ll end up taking in.

Overall, find what works for you! Everyone is different in how they deal with things; I have a close group of friends and family that help me stay sane and push me in the right direction!

About the HB Apprenticeship Programme

Apprentices at HB Accountants have the opportunity to study for the Association of Accounting Technicians (AAT) qualifications over 4 years, combined with on-the-job training and professional skills development.

Three Apprentices from the HB team have won Herts Regional College Apprentice of the Year in their fields of study within the past 5 years. HB Accountants won the overall Outstanding Employer Award in 2014/15 and the practice has been selected as a finalist in the Apprentice Employer Award 2019. 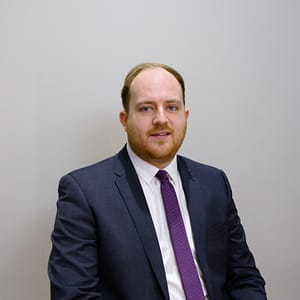 By continuing to use the site, you agree to the use of cookies. Learn more.